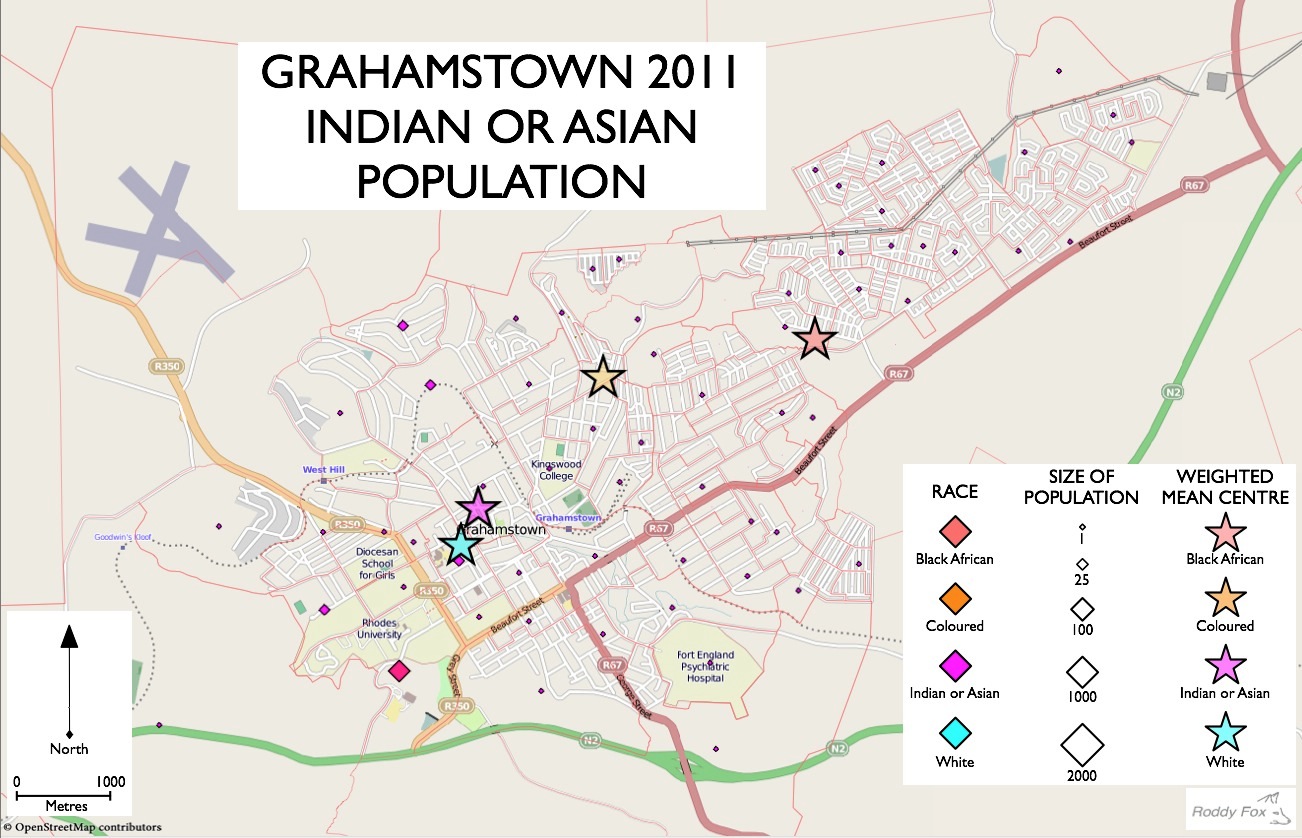 This is the last of the four maps based on data in the 2011 Population Census and it plots the dispersal of Grahamstown’s small number of Indians or Asians (total 484).

The distribution of Grahamstown’s Indian or Asian population shows a wide spread through the former white areas.  Their group area was located two kilometres almost due north of their current centre of gravity and there is still a presence around the big loop which the railway makes.  Clearly, however, there has been a move away from the former group area and back towards the town’s business district and Rhodes University.  This isn’t altogether unexpected as the move to a group area occurred towards the end of apartheid and was strongly resisted.