Once upon a time there were two teddy bears much loved by two brothers called Andy and Roddy.  After they had grown up and left home the two brothers didn’t remember their bears.  But when mother Joan died the bears were found again: they had been kept as precious treasures in her special cupboard.  Roddy took them all the way home to South Africa thinking that one day he might have grandchildren of his own who would want to play with them.  They stayed in Roddy’s special cupboard for a long while but then one day they were brought out.  Brother Andy had come to visit and Roddy’s wife, Kate, took them out and placed them in Andy’s room: to remind him of home!

The bears spent several days resting on the bed in the warm summer sunshine.  Then one day Roddy’s grandson, Luke, came to play and gave the bears what they had wanted for so long: to be picked up and taken outside for some fun!  And here they are …. 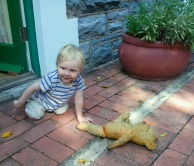 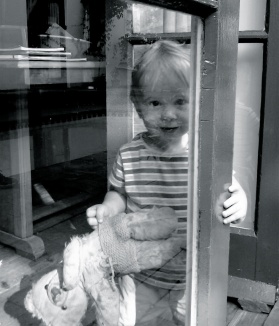 4 thoughts on “Luke and the two bears”