One of the delights of buying a SANParks Wild Card is that they wave you straight through at the park gate and when you get your day pass at reception there is nothing extra to pay!  This was our experience last week when we took a day trip to Addo to see the elephants and take a tour down through the southern section of the Park which we have never visited.  We entered through the main northern gate just outside Addo and exited nearly five hours later through the Matyholweni (southern) gate near Colchester.

We weren’t disappointed, straight away seeing a nice pair of elephants drinking at Hapoor Dam.  Then we drove to the southern section and were met by a large bull elephant guarding his 20 strong herd.  We eventually backed off, turned and left them as he clearly didn’t want us close (you can see he was in musth if you look closely behind his eye in the picture of the herd on the road).

Then we were treated to two pairs of lions.  The first two were asleep in the grass though they did condescend to roll over at one point so we got a few quick pictures.  Just round the corner in thick bush were two more males right next to the road and we would have been able to get a great view of them except for the vehicle that stopped literally on top of them, blocking the road and anyone else’s chance of seeing them or getting past! We did get a short look at them as they were disturbed and eventually strode off into thick bush.

It was an excellent day out and a very nice trip down through the park experiencing a variety of landscapes and biomes.  The sea was ahead of us driving south and you get glimpses of the dunes and Algoa Bay whilst the Zuurberg mountains lie off to one side beyond the Sundays River Valley. 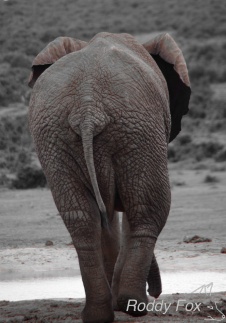 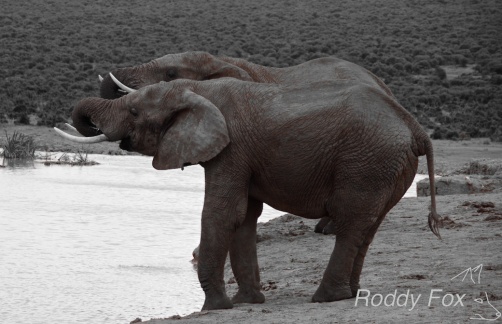 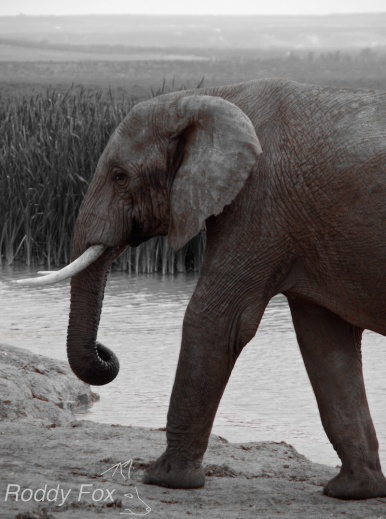 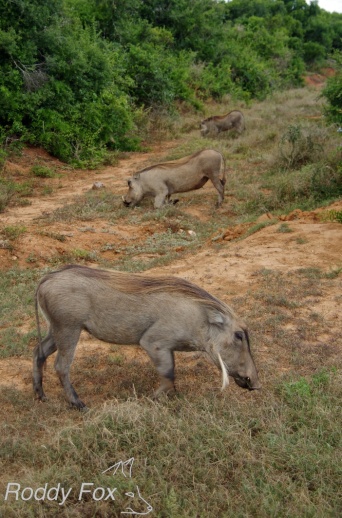 Three warthogs in a row 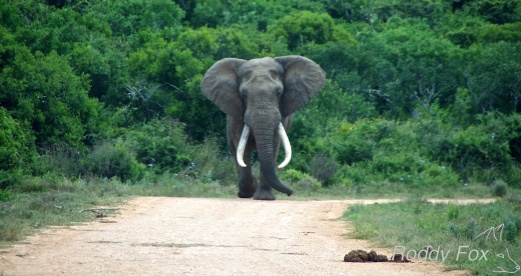 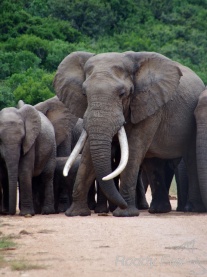 Herd on the road 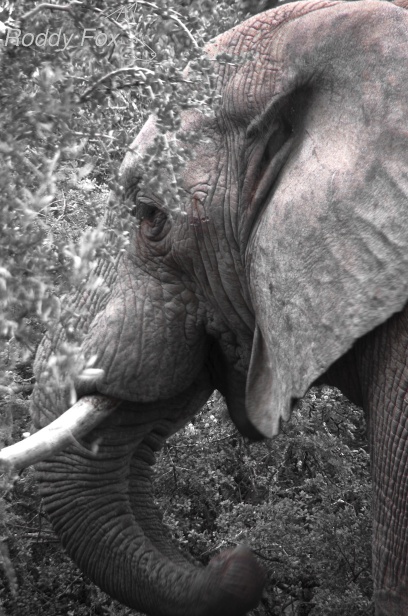 Elephant in the thorn bush 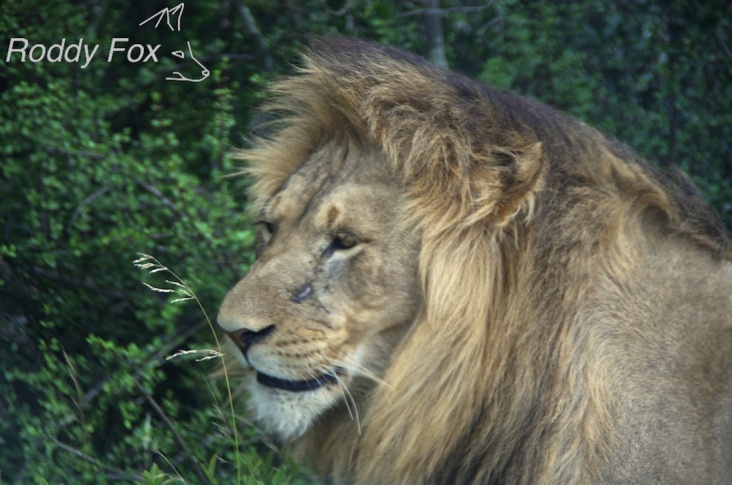 7 thoughts on “Some Lions at the Addo Elephant Park”